Maine UU State Advocacy Network focuses our legislative ministry on four primary issues: 1) Democracy in Action, 2) Health Care for All, 3) Climate Change, and 4) Racial, Native, and Immigrant Justice, each of which has an Issue Group of volunteers.  Co-chairs lead each Issue Group to gather and mobilize Maine UUs who are especially interested in helping to create progress on the target issue.

Please meet our Issue Group Co-Chairs for 2019-2020.  Not only do they bring strong experience in the Maine State Legislature and expertise on their chosen issue, they are passionate UU social justice leaders in Maine.  We thank them for their leadership for our UU Principles in action! 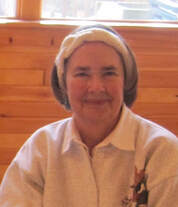 ​Jean Adamson ​is a member of the Unitarian Universalist Society of Bangor and its Social Justice
Committee. Jean is a retired school teacher/counselor and a Licensed Clinical Social Worker
who has worked with local schools and mental health agencies. She is a longtime member of
Citizens for Global Solutions, a national NGO which attempts to establish more democratic
institutions and peaceful ways to resolve conflict. Jean presently volunteers with the Poor
People’s Campaign, Citizens Climate Lobby, and the Maine Audubon Society where she has
conducted nature walks and talks with children for over twenty years. Jean is participating in
the UU Roots and Wings lay ministry program and enjoys hiking, birding, kayaking, traveling,
yoga, music, and reading.
HEALTH CARE

​Deborah Crump is a member of the First Universalist Church of Norway, Unitarian Universalist. She is a member of the Social Justice committee at her church and has participated in many activities over the years in support of LGBTQ and women’s rights, environmental, racial, and economic justice. She has been a home hospice nurse for over 30 years and lives with her life partner in the home they built off the grid in the woods of western Maine. She enjoys gardening, playing the ukulele, writing, her 2 cats, her almost three year old grandchild and her connections to the land.
​

Lynn Ellis is a member of the Unitarian Universalist Church of Brunswick and is a member of that church's Working for Justice Steering Group where she is involved with issues such as gun violence prevention and education, liaison to MUUSAN and the charities with soul monthly plate offering program that goes to local organizations. Lynn volunteers with Moms Demand Action for Gun Sense in America. She serves currently as Elections Lead and co-chair of the greater Brunswick area Chapter. No stranger to electoral and legislative issues, Lynn volunteered for many years as a state coordinator for The Peace Alliance (a campaign to develop a cabinet level Department of Peace). She helped launch MUUSANs attendance at the Common Ground Fair. Lynn also served as liaison to MUUSAN with the Maine Council of Churches Public Policy Committee for a number of years. She is a retired social worker spending 20+ years in mental health services and 10 years as a hospice social worker. In her spare time she reads fiction, watches every Marvel movie that comes out, and enjoys a small garden at her apartment in Brunswick where she lives with her 18 year old cat Cinderella. ​
CLIMATE CHANGE

Corliss Davis is a retired librarian and grandmother of four who has been a member of UU churches for 51 years in four states. She helped to lead her Ohio congregation to its application for Green Sanctuary status and has continued as co-chair of the Green Sanctuary Committee at the UU Church of Belfast for 10 years. She is a member of several state and national environmental organizations and a Master Gardener active in the Belfast Garden Club.  Since 2012, Corliss has been the local coordinator in Belfast for Window Dressers – a non-profit that uses volunteers to produce interior window inserts to keep Mainers more comfortable, save money on fuel, reduce carbon emissions, and build community by working together.

Jill Linzee is a member of Midcoast UU Fellowship of Damariscotta.  Her professional work has been in public folklore and ethnomusicology in both state and federal government (American Folklife Center, Smithsonian and the National Endowment for the Arts), and for non-profits.  She’s worked for statewide programs in Florida, Massachusetts, New Hampshire and Washington state, where her political advocacy efforts were more focused in the cultural arena.  In 2016 she moved with her husband to Maine, and joined MUUSAN shortly thereafter, becoming Co-Chair of the Climate Change group in 2018.  She enjoys playing and listening to music, hiking, birding, sailing, reading, traveling, and the company of friends and animals.

​Pinny Beebe-Center is a member of the Rockland UU Church.  She joined the Unitarian Church in 1966 in Harvard MA and was a member of LRY (Liberal Religious Youth) during High School. Pinny moved to Maine in 1976 and taught school at the Riley School in Rockport. She then worked for Maine's Departments of Education and Transportation facilitating information management,  decentralizing mainframe systems, developing PC networks and relational databases. She has a graduate degree in Information Management and started her own business in 1986 to help nonprofits manage their implementation of technology.  Pinny left State Government in 2002 to become a community organizer and was elected Knox County Commissioner and served for 8 years.  She was the Business Manager and IT support for the Community School (Wayfinder Schools) and the Regional Manager for Penquis CAP during which she started the Knox County Homeless Coalition.  She was elected to the legislature in 2015 and is currently serving her 3rd term. She will not be running for a 4th  term.  She has accepted  2 contracts. One, to create a system for discharge planning in the Knox County Jail, and the second to work with the community  to create a Community Justice Center with Restorative Justice Projects in Knox County.- one of the planned 4 for Prosecutorial District  6 (Knox, Waldo, Lincoln and Sagadahoc).

Jane Makela is a member of First Universalist Church in Yarmouth , whose involvement with immigrant justice work was inspired by the UUA’s suggestion more than a decade ago that its member congregations study immigration as a moral issue. She joined the MUUSAN steering committee in early 2018 and became co-chair of MUUSAN’s Racial, Native and Immigrant Justice issue group later that year. Jane is a somewhat retired lawyer whose legal work is now entirely pro bono, advising nonprofits and helping asylum-seekers and other immigrants. She volunteers regularly at the Immigrant Legal Advocacy Project (ILAP), helps steer the
Supporting Immigrant Tenants program of ProsperityMaine, and serves as Board Legal Adviser to Furniture Friends. Now that her two daughters have left the nest, Jane lives in Falmouth with her retired pediatrician husband John Vogt and Murphy, her cat.